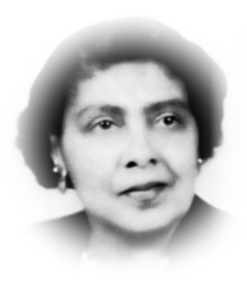 The State of Georgia holds a unique place in Zeta because one of the founders was from Georgia. Founder Fannie Pettie Watts was born in Perry, Georgia, December 20, 1899.  She attended public schools in Savannah, Georgia and continued her formal training at Georgia State College. Later, she graduated from Howard University with a Bachelor of Arts degree in Education. Post-graduate studies in social work and in housing have been pursued at New York University.  She relocated to Brooklyn where she worked as a social investigator for the Department of Social Services in Brooklyn. As an active member of Nazarene Congregational Church, Founder Pettie Watts headed the Cradle Roll division where she coordinated parenting classes for expectant mothers.

Founder Pettie Watts died on August 22, 1995 and is buried on the Brooklyn side of the Cemetery of Evergreens.

Georgia honored Founder Watts with an event at Zeta Day in Perry, GA in September 2017. A shadowbox was placed in the Perry Museum in her honor. The State is also a Gold-Level Sponsor for the Museum. 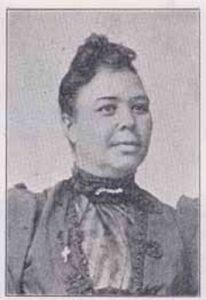 Soror Alice Dugged Cary was born in New London, Indiana, in 1859. She attended Wilberforce University and began her teaching career in the public schools of Kansas in 1882. She became assistant principal at Lincoln High School, Kansas City, MO, in 1884, and the following year she married the Rev. Jefferson Alexander Carey Jr, a minister of the A.M.E. Church, and moved to Atlanta, Georgia.

Soror Cary was also committed to the development of early childhood education and established the first free kindergartens for African American children in Atlanta, Georgia, Macon, Georgia, and Charleston, South Carolina. She later became the first female principal of the Mitchell Street School in 1887 and served as the principal of the Normal Department (the education department) of Morris Brown.  She accepted an appointment in 1886 as the second principal of Morris Brown College, where she also established the second chapter of the Zeta Phi Beta Sorority in 1921. Cary was politically active, serving as the Georgia State Chairman of the Colored Woman’s Committee, and as president of the Georgia State Federation of Coloured Women. She led a successful battle to open an Atlanta public library to African Americans and, in 1921, became the first librarian of the Carnegie Library.  Described as a "grand old lady of the South", Cary had a definite sense of style and fashion. To Alice Dugged Cary, there was no station in life more dignified than that of "educator", no sound more exquisite than the spoken word, and no monument more durable than ideas and books. She didn't just read books, she had relationships with books, even the simplest of them. During her days at the library on Auburn Avenue, Alice Dugged Cary's favorite children were inspired to leave with seven books, one for each day of the week. To Cary, the freedom to soar had its basis in a formal education and a love of learning. To those who knew her well, Alice Dugged Cary had a surprisingly acute sense of humor that seldom affected her perpetual look of sternness and rigidity, revealing itself only as an unpredictable twinkle in her eyes.  She died in 1941 on the campus of Morris Brown College, where she had served as both a faculty member and an administrator. 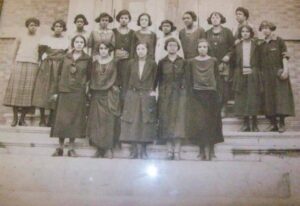 Finer Womanhood is defined as, “distinguishing characteristics of a woman, one superior in kind, quality, or appearance; marked by or affecting elegance or refinement.” A Finer Woman is someone who epitomizes the true ideals of Zeta Phi Beta Sorority, Inc. She is seen by all as a leader and sets the example of a true woman of excellence. She is strong and principled and demonstrates great moral character. Finer women do not degrade other women, yet seeks opportunities to uplift every woman to her true measure of brilliance. With this in mind, a Zeta conducts herself in a manner that represents the positive standards of the organization.

One of Zeta's principal activities, "Finer Womanhood Week", was introduced in 1923 at the fourth conclave in Atlanta, Georgia by an Atlanta soror, Soror Eugenia Childs. This activity has become a trademark and major focus of Zeta Phi Beta Sorority, Inc.

Stork’s Nest is a national program of Zeta Phi Beta Sorority, Incorporated established in 1972 in Atlanta, Georgia. This endeavor was conceived by Zeta member, Evelyn Brown of Epsilon Zeta Chapter, Atlanta, Georgia. Stork’s Nest is aligned with the sorority’s community service initiative Z-HOPE (Zetas Helping Other People Excel) as well as the March of Dimes. Currently, there are over 175 Stork’s Nests nationwide that have proudly served over 28,000 women.

The purpose of the Stork’s Nest is to encourage economically disadvantaged women to seek prenatal care within the first trimester of their pregnancy. Research has shown that mothers who seek this care decrease the potential for birth defects and infant mortality. Stork’s Nest promotes prenatal care participation and positive health choices during pregnancy through two components—incentives and education.